Coach Bruno Marcotte said that figure skater Natalya Zabiyako stopped working under his leadership in Canada and returned to Europe.

In May, it became known that Zabiyako decided to resume her sports career and play for Canada in tandem with Zachary Daleman. The pair were scheduled to perform at the Skate Ontario tournament in August.

“Natalia flew to Europe. I’m sorry, because she added every day,” said Marcotte. 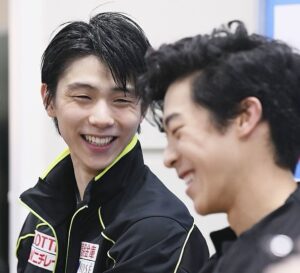 Previous post Nathan Chen: “It was an honor for me to be on the same ice as Hanyu.”
Next post What have the stages of the Grand Prix turned into without Hanyu, Chen, Valieva and Shcherbakova?

Tracy Wilson, the coach of American skater Jason Brown, explained why the athlete decided to perform at the U.S. Championships....

American figure skaters Evan Bates, Alexa Knirim and Brandon Fraser commented on the progress of the investigation into the doping...

Silver medalist of the 2022 Olympics Alexandra Trusova spoke about the redistribution of medals of the 2022 Russian Championship. The...

Andrea Gios, president of the Italian Ice Sports Federation, commented on the decision of Italian skater Daniel Grassl to start...

Valiyeva did not perform at the Channel One Cup, but she was the team captain. "Hi everyone, I'm already on...

"I really want to try to win the national championship in 2023. I already had hopes for that, but they...