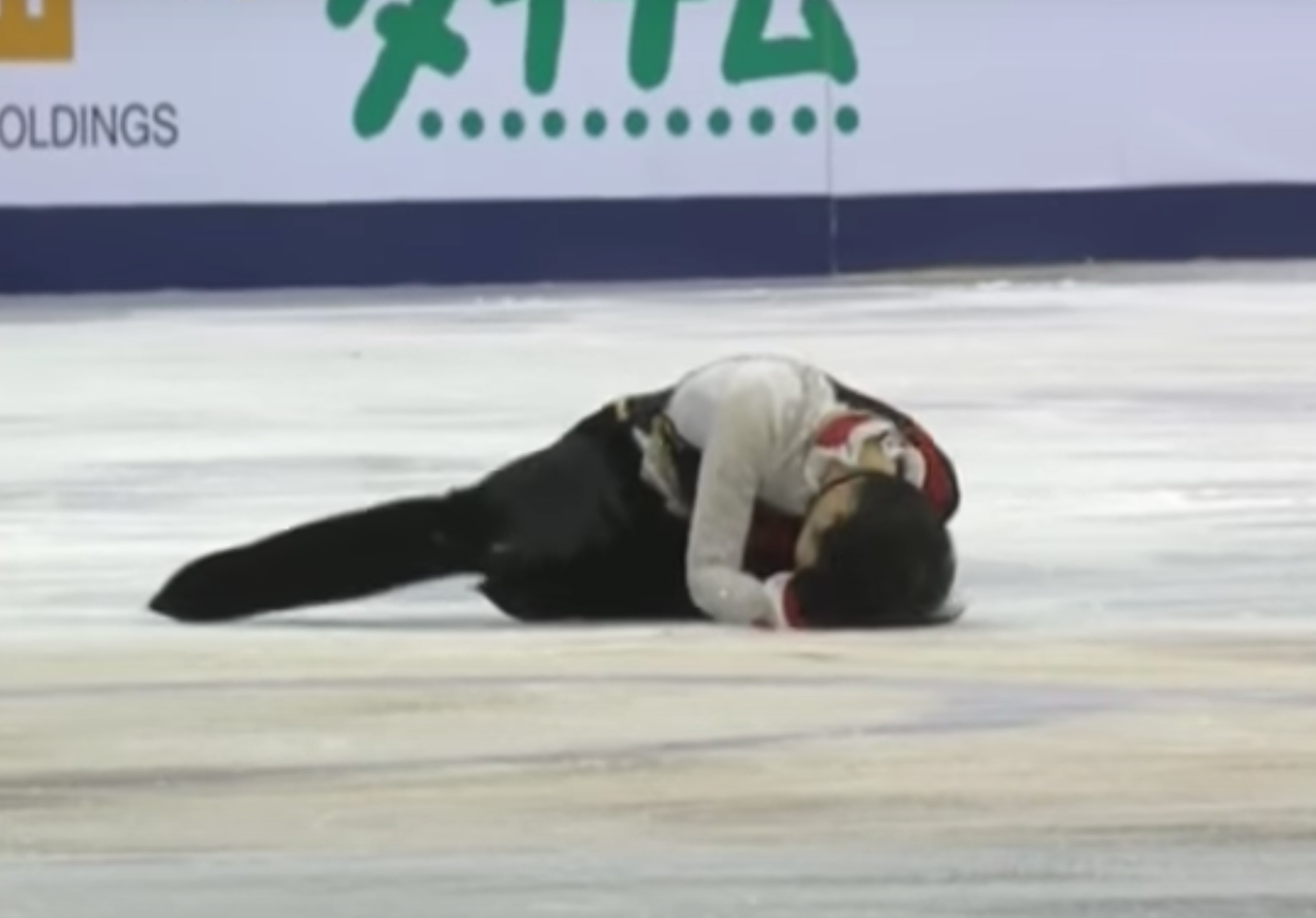 In the world of sports, scandals and controversial issues are commonplace. Figure skating is no exception.

On the verge of Life and Death.

Young Yulia Antipova, paired with Nodari Maisuradze, was predicted to have a great future, the skaters were supposed to be substitutes for the Olympics in Sochi, but the loudest successes were expected from them in the next Olympic cycle.

However, in 2014, Yulia was admitted to the hospital with a diagnosis of anorexia nervosa. The figure skater at that moment weighed only 25 kilograms and looked like a living skeleton.

During the transitional age, Yulia’s body began to change, disagreements with the coaches began. According to the skater’s stories, coach Natalya Pavlova tightly controlled her weight, constantly scolded her, and removed excess food from her plate. Coach Artur Dmitriev recommended Yulia a diet: “Tea in the morning, some cottage cheese, meat and vegetables in the afternoon. In the evening – a cucumber, a tomato, if you haven’t eaten – another cucumber.

Fortunately, Antipova managed to get out and fully recover, but she was no longer able to return to big sport.

The mysterious encounter of Yuzuru Hanyu.

During the warm-up of the strongest group of skaters in men’s single skating at the Cup of China Grand Prix tournament in Shanghai, a very unpleasant episode occurred – a collision between the Olympic champion from Japan Yuzuru Hanyu and the Chinese Han Yan.

Yan and Hanyu collided at high speed during their jump approaches, both severely crushed their chins, after which each was given medical attention. The workout has been stopped. The Japanese put a bandage on his head, as well as a plaster on his cut chin, after which he was able to go on the ice when the warm-up was resumed. Yan no longer appeared on the ice during the rolling, but also did not withdraw from the competition.

Mariah Bell and Eun Soo Lim.
Another clash that made a lot of noise happened just a couple of years ago at the World Championships in Japan in 2019. American Mariah Bell was accused of intentionally injuring a figure skater from Korea.
In training before the short program, Eun Soo Lim was riding along the board, and at that moment Bell drove up to her from behind and, waving her leg, cut the Korean woman’s leg with a skate blade. Whether it was done by accident or not is difficult to understand.

Figure skater coach Rafael Harutyunyan was sure that Mariah could not have done this on purpose. On the other hand, the skater saw perfectly where she was going, and rumors about a cool relationship between athletes make you think seriously.

The scandal turned out to be hushed up, but after the incident, Eun Soo Lim had to leave Rafael Harutyunyan’s group and change coaches.

Rebellious behavior right during the award.
The French figure skater Suria Bonaly became the silver medalist of the World Championship three times, but the last silver medal was the most painful episode in her career for her. It happened in 1994.

Having given out the best rental in the history of her performances at the world championships, Bonaly lost one referee vote to the hostess of the tournament, Japanese Yuko Sato. The disappointment was so great that during the award ceremony, the skater refused to climb the podium. As a result, she was pushed almost by force to the second step, wearing a silver medal, which Bonaly hastily removed from herself.

Crime and Punishment.
Tonya Harding became the second woman in the history of figure skating who managed to perform a triple axel, but the skater became famous, alas, not at all for this.

To be in the national team and go to the 1994 Olympics, Tonya was ready for anything, even to attack her main team rival Nancy Kerrigan. Tony Harding’s ex-husband Jeff Gillooly, her bodyguard Shawn Eckardt and Shane Stant attacked Nancy, injuring the athlete’s leg. Due to the injury, Kerrigan was forced to withdraw from the competition, and Harding won the US Championship and thus entered the Olympic team.

However, the time of reckoning happened already at the Olympics. During the performance, Tony’s lace broke, as a result, she completed her rental ahead of schedule and became only the eighth, while Nancy became the silver medalist.

Harding’s ex-husband later confessed to the crime and also testified against Tony. All those involved in the crime were imprisoned for 18 months. Harding received three years probation, 500 hours of community service and a $160,000 fine. She was also expelled from the Figure Skating Association and stripped of her 1994 US Championship title.

Two gold medals at the 2002 Olympics.
One of the biggest scandals in figure skating, which is remembered to this day, occurred at the Olympic Games in Salt Lake City in sports couples.

After the short program, the Russians Elena Berezhnaya and Anton Sikharulidze took the lead, but the free program had to decide everything. The closest rivals of the Russian couple were Canadians Jami Sale and David Pelletier.

On the day of the free program, Berezhnaya Sikharulidze was the first to take the ice. The skaters almost perfectly skated their program, the only blot was made by a partner on a landing from a double axel. The Canadian duo Sale Pelletier, after a stupid mistake in the short program (where the athletes fell after the final pose), managed to pull themselves together and perform a clean free program.

The Canadians were already ready to celebrate the victory, but the judges put them in second place with a margin of only 1 vote. Of course, such an alignment did not suit either Sale Pelletier or the Canadian federation at all. Added fuel to the fire and judge Marie-Ren Le Gun, saying that she was forced to vote in favor of the Russians in exchange for help in dancing. Later, she refused her words, but the scandal had already gained momentum.

After lengthy proceedings, in order not to ignite the Cold War, it was decided to award gold medals to both couples. For the sake of this, they even had to hold a second awards ceremony.

Fan madness knows no bounds.
Fans of figure skating often arrange battles after the conclusion of major competitions, but sometimes fan wars go beyond all limits. The most irreconcilable were the fans of the Korean figure skater Yu Na Kim, who still do not recognize the victory of Adelina Sotnikova in Sochi.

They tried in every possible way to protest Sotnikova’s victory. There was even a special petition in defense of Kim, which gained more than 2 million signatures. ISU rejected the protest of the Korean delegation, the entire sports community recognized the victory of the Russian woman as absolutely legitimate. But Korea still remained in its opinion.

In 2021, Adelina admitted that even 7 years after the Sochi Olympics, she continues to receive threats from Korean fans, and on YouTube and social networks, you can find accounts that still create hate posts, recalculate points and continue to prove that Kim in Sochi brazenly condemned.

Warm-up harassment.
A very recent story that happened at the Beijing Olympics. Russian dance duo Victoria Sinitsina and Nikita Katsalapov collided with the Americans Hubbell and Donoghue during the warm-up. Madison and Zachary not only did not give way to the Russian couple, the partner also touched Vika below the waist with his hand.

Most of the witnesses of the incident did not appreciate this behavior of Donoghue, and some even regarded it as harassment by the American. Many fans were sure that if Vika was American and Donoghue was Russian, a large-scale scandal could not be avoided.

But there is another point of view. Some fans believe that Zachary actually extended his hand to hold the skater and prevent her from falling, so his act does not deserve condemnation.

Plushenko and Lysacek.
Another high-profile scandal erupted at the 2010 Olympics. Evgeni Plushenko was in the lead after the short program and skated a free program with a quadruple sheepskin coat, but in the end he lost to the American Evan Lysacek, who performed with a set of triple jumps.

Then Plushenko could not restrain his emotions, and after the announcement of the scores, he said that the complexity in figure skating is not appreciated, since the title of Olympic champion was preferred to be given to the figure skater without a single quadruple. And during the award ceremony, Eugene, rising to the second step of the pedestal, defiantly walked through the first step, alluding to the stolen gold.

More than 10 years have passed, but talk of suing Plushenko in favor of Lysacek has not subsided to this day.

Previous post Nathan Chen became the ambassador of the Winter Universiade 2023: “The ability to combine studies with sports already makes you champions” 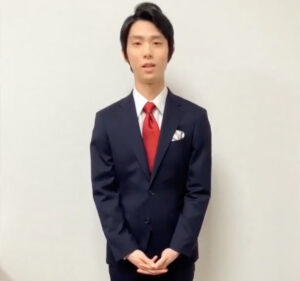 Next post This have not happened before! Hanyu announced his own ice show, where he will perform alone