For more than 4 years in the world of men’s single skating, all the attention of the fans has been riveted to two figures – the Japanese Yuzuru Hanyu and the American Nathan Chen. These two tended to compete in their own separate universe, with the rest of the athletes only dreaming of getting close to them.

Despite the fact that two other Japanese Shoma Uno and Yuma Kagiyama over the past couple of seasons have managed to add and seriously compete with the world leaders, Nathan Chen and Yuzuru Hanyu remained the headliners of any competition.

With the end of the Olympic cycle, the question naturally arises: “What will happen next?”. Nathan Chen has achieved his main goal – the gold of the Olympic Games, and behind Yuzuru Hanyu there are already three Olympics and two of them are gold. Will we see two kings of figure skating again on the competitive ice?

Olympic champion Nathan Chen did not torment his fans, and in an interview with NBC Sports admitted that he plans to focus on his studies in the near future. Recall that the skater entered one of the most prestigious educational institutions in the United States – Yale University.

“I want to really immerse myself in the learning process, and not try to quickly go through it just to pass the exams.
I want to make friends. I didn’t have many opportunities to do so.
I don’t think I will return to competition next season. I have no idea if I will perform after graduation. I am very pleased with what I have already achieved.”

Yes, Nathan has not yet spoken about the end of his sports career, but he outlined his priorities quite clearly. In figure skating, he has reached the maximum result, he has all the titles that one can only dream of. Recently, the skater turned 23 years old, it’s time to study, especially when it comes to getting a serious education.

Maybe Nathan will get bored without major international tournaments and want to return to feel the competitive adrenaline again. But let’s be honest, there’s not much chance of that. Chen is not like an athlete who does not see himself outside of figure skating, he is interested in exploring the world, making new acquaintances and achieving goals in other areas.

“I really love figure skating. But I will not be a figure skater all my life. We must also think about the future. Besides, ice is only one spectrum of my hobbies. It’s just that I don’t want to spend all day at the rink and I feel that I can achieve more in life if I have a higher education” (interview given in March 2019).

Another indirect hint at a possible end of a career is the announcement of the release of an autobiography book, which is scheduled for November this year. Of course, one can object here and recall the autobiography of Alexander Trusova, released at the very height of her sports career, but Sasha’s case is rather an exception to the rule. Most often, such autobiographies come out after the end of a career.

The book about Nathan Chen will be called “One Jump at a Time”, co-written with journalist Alice Park. The opening speech was written by the famous designer Vera Wang, who came up with most of the looks for the skater.

In addition to releasing his autobiography, Nathan Chen also announced the release of a book aimed at children involved in sports. The book promises to tell the story of a young boy, Wei, who learns to find joy in sports, no matter the outcome.

From mid-April to the end of May, Nathan was the main star of the Stars on ice show, where all American figure skaters performed. In the future, perhaps, the skater can still be seen at other ice shows. There is no doubt that Chen will have plenty of invitations, another thing is whether he will agree to participate in them or will he immerse himself in his studies?

What is Yuzuru Hanyu doing now?

Yuzuru Hanyu has not yet given a clear answer to the question about plans for next season. On the one hand, the Olympic champion still has an unfulfilled dream – a quadruple axel. On the other hand, every year it becomes more difficult to keep fit, the resources of the body are not unlimited, and in December last year, the figure skater turned 27 years old. You should also not forget that for so many years in big-time sports, Hanyu has accumulated a huge number of injuries and related sores, which also do not simplify life.

Will Yuzuru still have the strength to continue? Moreover, for the successful landing of the quadruple axel, you need to have remarkable health.

Fans of the Japanese prefer not to think about the bad and continue to quietly hope that we will be lucky enough to see Hanya on the competitive ice, although everyone is well aware that someday the beloved athlete will still have to be released.

Now the skater pleases his fans with active participation in Japanese shows, for example, on June 26, the Fantasy on Ice show tour ended, where Hanyu first performed with an indicative number to the song “Real Face”, and then changed the program by choosing the song “Raison”.

At the last show, the skater also performed a fragment of the Notre-Dame de Paris program with live vocals and music as a bonus after completing his main number.

On the official Weibo page (note: Chinese social network), Hanyu talked about his contribution to the show “Fantasy on Ice”:

“I participated in the choreography of the show: the details, the steps, the manner of skating, I thought a lot about all these aspects. Because music has a unique worldview, I understand it in my own way. It’s no exaggeration to say that I created 70% of the choreography, but how do you choreograph to convey this or that feeling? I worked it over and over again, checking to see if it “fits”. I have a feeling that the choreography has finally taken root on the ice.”

It is worth noting that Yuzuru uses modern choreography and tries to skillfully transfer it to the ice. And this, by the way, is not so simple as it might seem at first glance. Modern dance for a figure skater is not only a hobby, but also an opportunity to improve themselves, learn something new and grow as a performer, director and, possibly, even a producer.

Recently, Hanyu was asked what figure skating means to him, to which the skater gave a very sincere and exhaustive answer:

“There is a twisted part of me that doesn’t want to flippantly talk about ‘life’ and I also don’t want to flippantly about skating being ‘part of life’ so it’s honestly hard to say. But when I returned to Sendai after the Beijing Olympics, there was a big earthquake in March, and the first thing I thought I had to protect was my skates. Even if I thought I was in danger, I would go get my skates! I felt I had to protect them, and when they were safe, I almost cried. I think that’s what figure skating means to me.”

It is difficult to find a person who would love figure skating more than Yuzuru Hanyu. So if Yuzu decides to end his sports career in the near future, he will certainly continue to develop the world of figure skating in some new role. With his ability, musicality and perfectionism, he can become an excellent choreographer and push the boundaries of figure skating again, showing a completely new choreography.

Returning to the confrontation between the two best single skaters on the planet, Yuzuru Hanyu and Nathan Chen, it is worth recognizing that it is unlikely that we will ever see their full-time rivalry with each other again. Perhaps both will still take part in several tournaments, but they will hardly appear in one competition.

With the end of the 21/22 season, an entire era is leaving. However, as sad as this thought may be, the end of one means the beginning of something new. “Other times will come, other names will rise.” 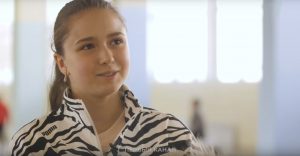 Previous post Kamila Valieva is hated for being overweight. 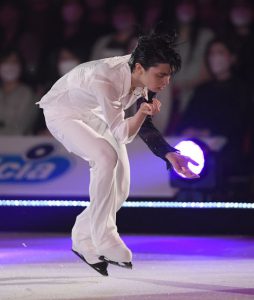 Next post Yuzuru Hanyu’s new program. How Hanyu excited the audience at the show “Fantasy on Ice”