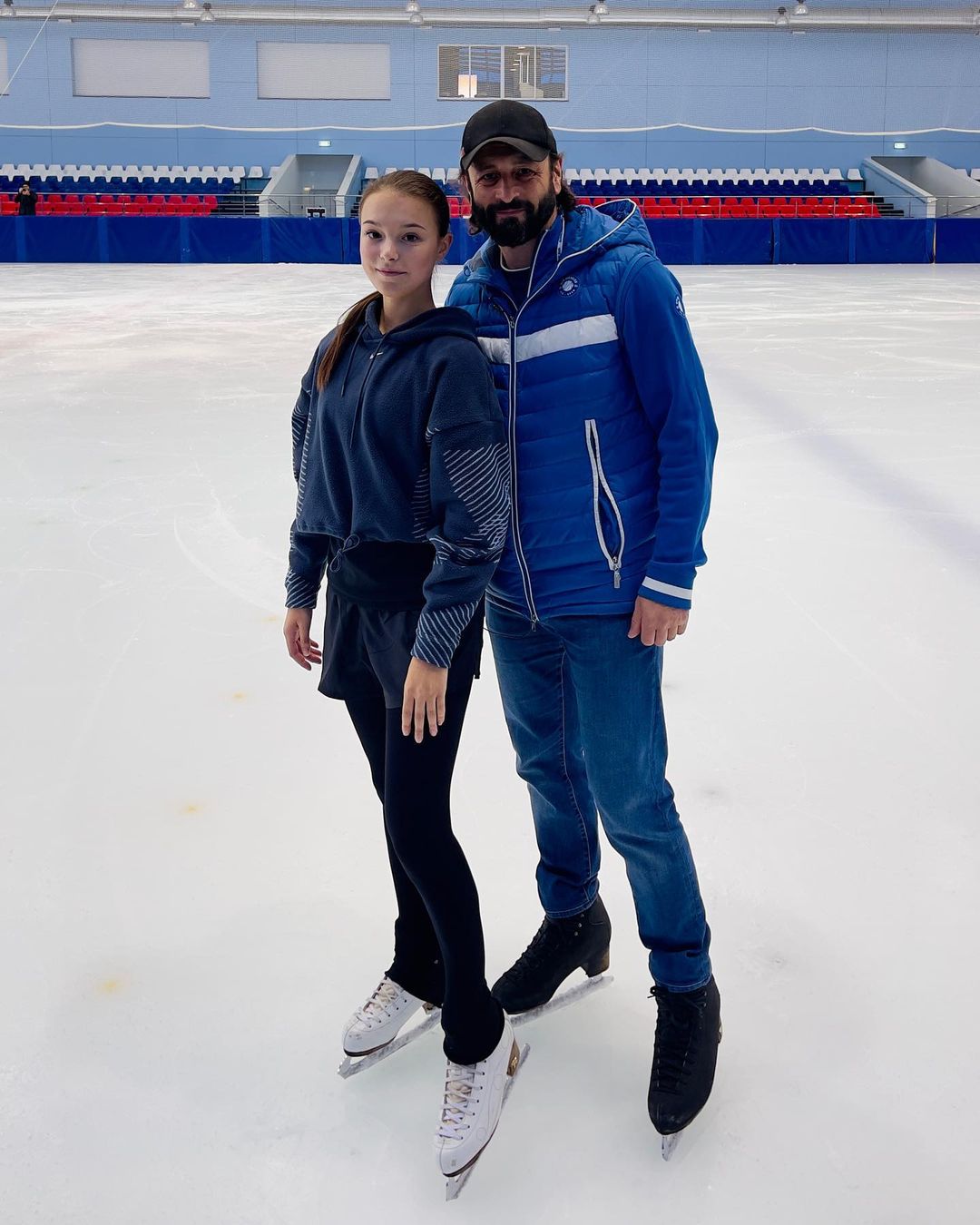 When Channel One posted a video with footage from Novogorsk, where Anya and Ilya worked on the production, many drew attention to the fact that the figure skater was actively involved in the process, constantly offering something from herself. Some even joked that Anya set the whole number for herself, and Averbukh just stood by and agreed with everything.

Anya also noted that in working with Ilya, she took more part than usual. The skater liked how they proposed ideas together, chose what would look better, and in the end it was a joint work.

At the same time, Anya immediately indicated that Averbukh did all the important work as a director. The skater is not yet ready to give herself a complete number and understands that she does not have enough experience for this. So the contribution of Ilya should not be underestimated.

“I contributed part of my own, but I don’t think that I set something for myself, but still these were small moments,” Shcherbakova said in an interview.

Anya also explained her active participation in the production of the program by the fact that Ilya Averbukh does not know her capabilities as well as the coaches. Eteri Tutberidze and Daniil Gleikhengauz have been working with Anya for many years, they feel good about her, and the skater completely trusts them. In addition, when setting up competitive programs, there is practically no room for creativity, the technical component plays an important role here, everything is built around the necessary set of elements.

– Anna, what is the peculiarity of Averbukh as a choreographer?

— I don’t have a lot of experience working with different choreographers to compare a lot. The main difference is the degree of my participation in the production.

Perhaps this is also due to the fact that while Ilya does not know which elements I do better, because he does not see my work in training, like Daniil Markovich and Eteri Georgievna. They usually understand what I can do. And here I showed more how I see some movements.

Another difference is that this is not a competitive program, but a show. In the competitive program, the accuracy of all steps is more important, more elements, less time to skate and reveal the image. It is necessary to take into account all the complex rules, to do everything with complex entries, transitions. There is less opportunity to invent something yourself and somehow open up. And when it’s an indicative number, it’s very important how the director and I see this idea. Still, I have to ride, and I need to correctly convey the image.

Still, correct answers are a distinctive feature of Anna Shcherbakova. She knows how to answer a question in detail, leaving no chance to distort the meaning of her words. If Anya had stopped at the phrase “the main difference is the degree of my participation in the production,” her words would certainly have been used as proof that the figure skaters at Tutberidze’s headquarters do not have their own opinion, they can only meekly obey and everything like that. Here, everything is correct.

How the dress for the demonstration was created

When Ilya Averbukh arrived in Novogorsk to stage the performance almost a couple of days before the start of the show, many fans wondered what Anya would perform in, because sewing a new dress takes a lot of time. There was an assumption that at the first shows the figure skater would skate in some old dress, but the experienced designer Olga Ryabenko, like Cinderella, managed to sew a new outfit almost overnight.
It is noteworthy that Anya also took an active part in the creation of this costume, and the designer in many ways simply took into account the wishes of the athlete and brought her desires to life.

– How was the dress made?

– There was a separate story here (laughs). Thanks to designer Olga Ryabenko — she always helps us out. July 8 was the first show, and only on the 7th it began to be done in Moscow. And on the eve of the premiere, they only sent me pieces of fabric to choose from, and the next day I performed in Sochi in it. Many thanks to Olga for this, it seems to me that few would have taken up the work so quickly.

Initially, in static, the dress may seem too simple, but directly at the box office, it looks great. In motion, the skirt flutters beautifully, giving the image femininity, airiness and sophistication.

About the new experience on the show

The show “Champions” is not only individual skaters’ skates, there are also general group numbers, there are plot leads to individual performances.
One of the brightest such group performances was a hot female number under “Be Italian”.
Anya admitted that this is all new to her. Previously, at the show, she always skated her usual numbers, but here there is not a single free minute to breathe, you have to run away to change clothes, then go out on the ice with others.
It seems that in “Be Italian” Anya does not feel quite familiar, since this image is completely new for her, but the figure skater’s fans went with a bang. All the girls here do an excellent job with their roles, and the audience is completely delighted.

– And you also have a very bright group number, where all the girls of the show ride!
– “But this is the newest experience in the show for me. Usually I just skated my programs, but during the premiere I realized how it is when you fully participate in the show program: from the beginning to the end you are constantly at work, there is some kind of fuss. Opening in one suit, then your number in another, then the opening of the second department in a new suit, a general number, your number again – you run all the time, change clothes, warm up, go out, skate. A very interesting experience.
The group number also needs to be worked out, I’m new to this. Other skaters are more experienced, accustomed to this. I will try.

About the format of the show and pair skating

Anya is glad that she was invited to participate in the show, the format of which is closest to her. The figure skater would not really want to perform in an ice performance, like, for example, Kamila Valieva. Most of all, it seems that Anya is frightened by paired numbers, which she had not tried at all before. Any support seems to her something very scary and dangerous.

By the way, Camila can be given a medal for courage. At first she was also scared, but she coped and is now successfully riding in the “Scarlet Flower”.

– Could you even imagine being paired with some star? Ilya has a project “Ice Age”.

– Honestly, I can’t imagine this at all, because I’m even afraid to watch pair skating from the outside. When they do lifts, I always get nervous, even look away. But it’s done by professionals. So even if I do it with the pros, I will be very worried. And with a person who is uncertain on skates … I can’t even imagine. It seems to me that this should be an absolutely fearless person.

Let’s hope that the workload in the show does not prevent Anya and other participating figure skaters from training and preparing for the new season. Fans are happy to see all our champions not only in the show, but also look forward to future competitions. 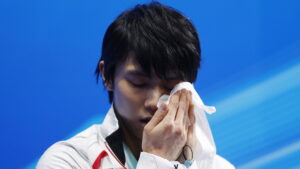 Next post Yuzuru shocked the fans. Is this the end?